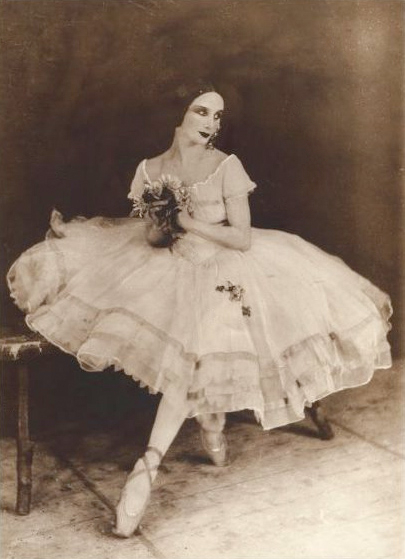 I know what you’re thinking. Megan, this is a book blog, not a ballet blog. But just like books, ballets tell stories.

Anyway, I was three when I took my first ballet class. I have performed in various productions put on by my dance school, my favorite being Sleeping Beauty because my costume was so beautiful. In the summers, I attended ballet camp where I spent a few hours a day learning and perfecting technique, some time on arts and crafts, and most importantly, we were exposed to a different ballet each time. We learned the story, we learned the choreography, we watched other productions, and we listened to the music.

It was there that I was introduced to my favorite ballet: Giselle.

Giselle was a young and beautiful peasant girl who fell in love with a handsome villager, Loys. He promised her eternal love, and she believed him.  But another loves her too– a woodsman named Hilarion. Hilarion is suspicious of Loys and devotes his time to discovering his true identity and ending the budding relationship.

One day, Giselle and Loys spend the day dancing. Giselle’s mother scolds her for dancing so much because Giselle has a heart condition and her mother worries for her well-being. So as a reminder, she tells Giselle and the others the story of the Wilis, the spirits of women who died of broken hearts (and typically before their wedding day) who rise from the dead to dance their lovers to their graves. But then Hilarion reveals Loys for who he really is: a nobleman named Albrecht who is promised to another. In most versions, Giselle dances wildly, causing her weak heart to give out. In some, she takes Albrecht’s sword and stabs herself. But in both, the first act ends with Giselle collapsing on the ground and dying. She is buried somewhere in the forests.

In the second act, we learn that Giselle herself has become part of the Wilis, and that begs the question: will she too lead men to their graves, or will she overcome her heartbreak?

It is in this act where one of my favorite performances happens: the Dance of the Wilis. This clip is from the Dutch National Ballet, and I think it captures it beautifully. The costumes and the lighting add to the supernatural “feel” of the ballet. It’s just so haunting.

Anyway, have any of you seen Giselle? Thoughts? Interested? Let me know in the comments below.

2 thoughts on “Giselle: A Haunting and Tragic Ballet”