I’m a sucker for a good trope, and honestly, sometimes I just want to read a book with a certain trope. Sometimes I’m in the mood for a good Chosen One, other times I want to read a slow burn friends-to-lovers. But when I get in one of those “moods”, it’s hard to find a book to read.

One of my favorite tropes is enemies to lovers. I’ll always be a sucker for it. If we’re being honest, this little obsession started when I was REALLY young thanks to Sailor Moon. I mean, I guess it’s also a fated lovers type of thing, but Serena/Usagi and Darien/Mamoru’s banter at the beginning…totally epic.

But anyway, here are some of my bookish favorites: 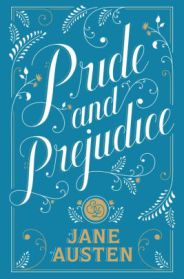 In a remote Hertfordshire village, far off the good coach roads of George III’s England, a country squire of no great means must marry off his five vivacious daughters. At the heart of this all-consuming enterprise are his headstrong second daughter Elizabeth Bennet and her aristocratic suitor Fitzwilliam Darcy — two lovers whose pride must be humbled and prejudices dissolved before the novel can come to its splendid conclusion. 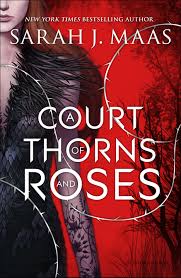 A Court of Thorns and Roses by Sarah J. Maas (series): Amazon, GoodReads

Feyre’s survival rests upon her ability to hunt and kill – the forest where she lives is a cold, bleak place in the long winter months. So when she spots a deer in the forest being pursued by a wolf, she cannot resist fighting it for the flesh. But to do so, she must kill the predator and killing something so precious comes at a price …

Dragged to a magical kingdom for the murder of a faerie, Feyre discovers that her captor, his face obscured by a jewelled mask, is hiding far more than his piercing green eyes would suggest. Feyre’s presence at the court is closely guarded, and as she begins to learn why, her feelings for him turn from hostility to passion and the faerie lands become an even more dangerous place. Feyre must fight to break an ancient curse, or she will lose him forever.

The Wrath & the Dawn by Renee Abdieh: Amazon, GoodReads

In a land ruled by a murderous boy-king, each dawn brings heartache to a new family. Khalid, the eighteen-year-old Caliph of Khorasan, is a monster. Each night he takes a new bride only to have a silk cord wrapped around her throat come morning. When sixteen-year-old Shahrzad’s dearest friend falls victim to Khalid, Shahrzad vows vengeance and volunteers to be his next bride. Shahrzad is determined not only to stay alive, but to end the caliph’s reign of terror once and for all.

Night after night, Shahrzad beguiles Khalid, weaving stories that enchant, ensuring her survival, though she knows each dawn could be her last. But something she never expected begins to happen: Khalid is nothing like what she’d imagined him to be. This monster is a boy with a tormented heart. Incredibly, Shahrzad finds herself falling in love. How is this possible? It’s an unforgivable betrayal. Still, Shahrzad has come to understand all is not as it seems in this palace of marble and stone. She resolves to uncover whatever secrets lurk and, despite her love, be ready to take Khalid’s life as retribution for the many lives he’s stolen. Can their love survive this world of stories and secrets?

A fresh, urban twist on the classic tale of star-crossed lovers.

When Brittany Ellis walks into chemistry class on the first day of senior year, she has no clue that her carefully created ‘perfect’ life is about to unravel before her eyes. She’s forced to be lab partners with Alex Fuentes, a gang member from the other side of town, and he is about to threaten everything she’s worked so hard for: her flawless reputation, her relationship with her boyfriend, and the secret that her home life is anything but perfect.

Alex is a bad boy and he knows it. So when he makes a bet with his friends to lure Brittany into his life, he thinks nothing of it. But soon Alex realizes Brittany is a real person with real problems, and suddenly the bet he made in arrogance turns into something much more.

3 thoughts on “Books by Tropes: Enemies to Lovers”